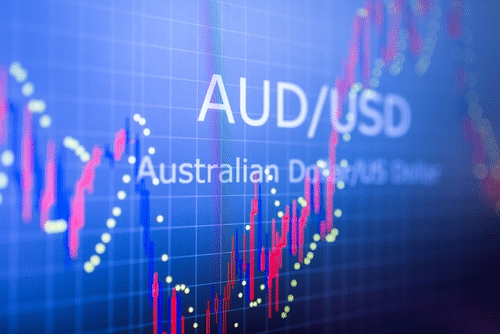 At the start of the European session on Tuesday, December 7th, the AUD/USD is trading slightly below the 0.7100 level.

On Tuesday, the AUD/USD pair continued on the previous day’s upward bounce from 0.7000 levels, which is the lowest level since November 2020, and picked up steam for the second day in a row.

Following the announcement of the Reserve Bank of Australia’s policy decision, which maintained the official rate at the historic low level of 0.1%, buying interest increased.

The RBA implied in the accompanying statement that bond-buying would finish in February, paving the way for a raise in July and providing a minor boost to the Aussie.

The market’s optimism was supported by scientists’ reports of little side effects from the new Omicron variant. In addition, there is no increase in new infections in South Africa. Policymakers worldwide are similarly downplaying the new variant’s influence on economic recovery.

On the eve of the RBA rate announcement, the AUD/USD currency pair continued its rally towards 0.7100. The rise in Chinese imports also boosted the Aussie’s rise.

The markets anticipate that tapering will be accelerated in January. The Fed is nowhere near the market’s price of three rate rises in 2022, but if inflation continues high, we may anticipate Powell to signal that the Fed is willing to raise rates next year.

With the Fed suggesting additional tightening, the dollar has a good outlook for early 2022.

Furthermore, FED funds futures presently price in the first-rate hike in June this year. However, the pricing is rather modest since if inflation continues to accelerate at its current rate, the anticipation of the rate hike may be moved forward as soon as February next year.

This implies that there is still an opportunity in the market for additional hawkish pricing, which would drive short-term rates and the US currency higher across the board.

Next on the docket for AUD is RBA Governor Low’s speech.

From the US, we have the Core CPI this Friday. This can cause major fluctuation for the pair.

The pair is dependent on USD’s strength. So, the greenback bulls can drop the pair in the long run. But for now, the Aussie is keeping the bears at bay.

The pair maintained its highs during the start of the European session. It is now trading just below the 0.7100 level.

The pair did manage to cross 0.7100-mark during the Asian session with a high of 0.7101. The price is below the 100-day moving average on the daily chart, and MACD is in oversold territory.

The AUD/USD pair might next pick up speed and challenge the next key resistance level at 0.7170-75 before attempting to recapture the 0.7200 round-figure barriers.

On the other hand, the daily swing low, which is now around 0.7040, appears to protect immediate support. Any further decline may find support at the crucial psychological level of 0.7000.