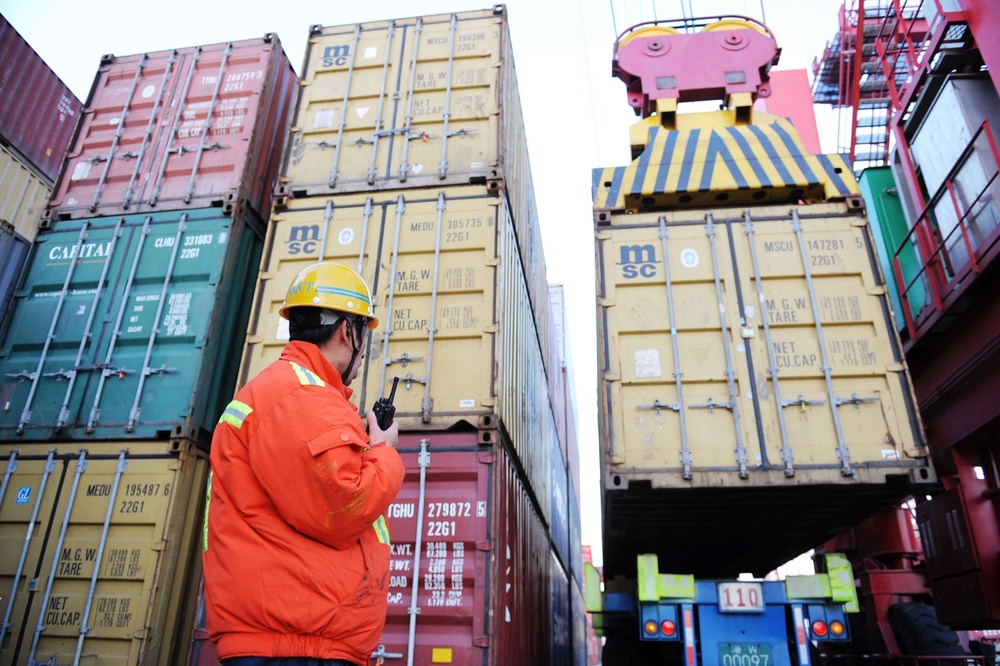 China’s export growth eased in the January-February period driven by base effects, but Russia’s invasion of Ukraine has increased risks over the global trade outlook this year.