Top 5 Cryptocurrencies to Invest Other Than Bitcoin 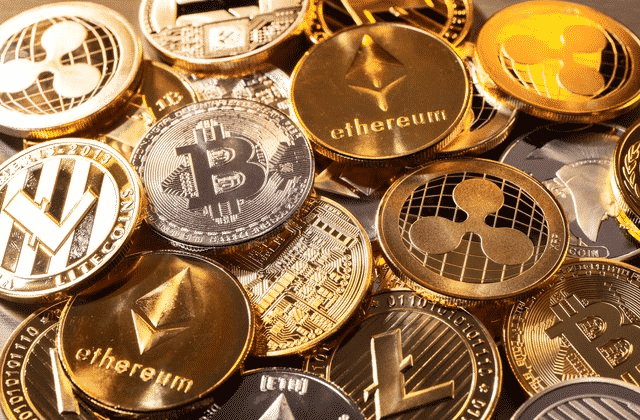 Every year, skeptics claim that cryptocurrencies will soon be forgotten. Instead, they have altered not only the world’s perceptions of money. In their own space, they’ve also continued to evolve. Today we will share our views on how Bitcoin and the leading altcoins have changed the world.

Bitcoin has not only been a trendsetter, ushering in a wave of cryptocurrencies built on a decentralized peer-to-peer network. It has also become the standard for cryptocurrencies, encouraging an ever-growing legion of followers and spinoffs.

Aside from Bitcoin, what are the top 5 cryptocurrencies out there? We get into that once we discuss the basics for anyone new to this space.

What are cryptocurrency and altcoin?

A cryptocurrency is a virtual currency that is protected by cryptography, making counterfeiting and double-spending virtually impossible. Cryptocurrencies are typically based on blockchain technology, a distributed ledger implemented by a computer network.

Simply put, a blockchain is a decentralized, ever-growing list of transaction records. Each computer in a network, which volunteers run from all over the world, has a copy of the blockchain. This worldwide system eliminates the need for intermediaries. Cryptocurrencies are not issued by any central authority, making them potentially immune to government manipulation or control.

An altcoin is a cryptocurrency other than Bitcoin. The term “altcoin” is a portmanteau of the words “alternative” and “coin.” Altcoins build on Bitcoin’s achievement by tweaking the rules to appeal to a broader range of users. For example, while Bitcoin mines coins every 10 minutes, Litecoin mines them every 2.5 minutes. Litecoin can process payments quicker as a result of this.

Let us now go into 5 of the most profitable altcoins.

Vitalik Buterin, a programmer, proposed the creation of Ethereum in 2013. On July 30, 2015, the network went live with 72 million coins pre-mined after development was crowdfunded in 2014. Bitcoin highly influences Ethereum’s protocol and underlying blockchain technology, but it alters the technology to support applications other than money.

Ethereum’s smart contracts are where it distinguishes itself from Bitcoin. These are digital contracts that permit the payment of users only if certain conditions are met.

It is the second-largest digital currency by market capitalization after Bitcoin, though it still lags far behind. Ether’s market cap is nearly 19% of Bitcoin’s as of January 2021 and is currently $194B.

Charlie Lee invented Litecoin in October 2011. Since then, the asset has ranked among the top 5 most valuable cryptocurrencies by market capitalization, currently $12.8B. While many altcoins from 2011 to 2013 have vanished, Litecoin has remained in the market due to slight differences from Bitcoin. If Bitcoin is generally referred to as “internet gold,” Litecoin earned the moniker of “digital silver.”

Charles Hoskinson, a co-founder of Ethereum and BitShares, started developing the platform in 2015 and launched it in 2017. Cardano is an “Ouroboros proof-of-stake” cryptocurrency developed by engineers, mathematicians, and cryptography experts using a research-based approach.

Cardano has also been nicknamed the “Ethereum killer” because of its blockchain’s capabilities. However, this cryptocurrency is still in its infancy. Its market capitalization at this time is $36.4B.

If the number of transactions it can process increases, Bitcoin Cash may compete with more prominent companies like PayPal and Visa. Also, Bitcoin Cash aims to eliminate the middleman. The current market cap is $9.7B.

Its market capitalization stands at $24.7B. People can complete Ripple transactions in four seconds when Ethereum takes two minutes and Bitcoin an hour. Any currency can be traded for XRP. Banks and financial institutions would enter new markets by sending money around the world in seconds.

In the blockchain network, there are a variety of cryptocurrencies. We’ve already started using some of the network’s most valuable cryptocurrencies. The altcoins we have discussed here have delivered exceptional returns in the past and forecast even better results in the future. Choose a cryptocurrency exchange if you want to make money by trading on the market.