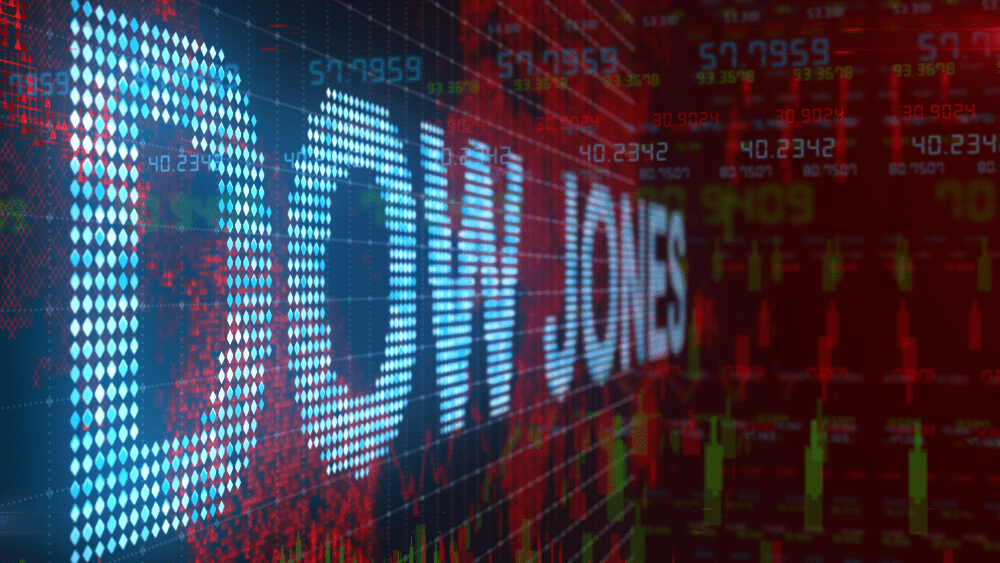 The Dow Jones Industrial Average fell 0.3 percent, snapping a six-day winning streak. The stock of Disney was one of the index’s best performers.

The Dow scaled new highs on Thursday, extending its record-breaking run, as a drop in weekly unemployment claims eased concerns about the economic impact of a Covid-19 outbreak in the United States.

The Dow was projected to increase for the seventh consecutive session, its longest winning streak since March.

In other news, the 10-year Treasury yield dipped to roughly 1.53 percent on Thursday morning, after rising to around 1.54 percent on Wednesday.

The 10-year Treasury yield reached its highest level since November 24 on Wednesday. The price of crude oil in the United States fell 0.5 percent, threatening to end a six-day rally.

The rise of markets

Equities have recently rebounded, although in some of the lightest trade volumes seen on US stock exchanges this year, as evidence mounts that the Omicron variant causes less severe sickness than the Delta strain.

As Wall Street’s main indexes set to end the year with their greatest three-year gain since 1999, the focus will move to the speed of interest rate rises in the United States in the face of surging costs and supply chain bottlenecks.

Stock markets are now experiencing a historically strong period known as the Santa Claus Rally, which normally happens in the last five trading days of the year and the first two days of the New Year.

On Thursday, Disney stock was among the strongest performers on the Dow Jones. It increased by only 0.7 percent before falling back.

The shares of Home Depot rose 1.1 percent on Wednesday, marking the company’s seventh consecutive day of gains as the home improvement retailer continues to recover.

Home Depot is again the top Dow Jones performer in 2021, up 54.7 percent year to far through Wednesday’s close.

Tesla, the market leader in electric vehicles, fell roughly 2% on Thursday. Rivian, its competitor, was up 0.3 percent. Lucid Group increased by about 1%.

There isn’t anything on the calendar front as the year closes today.

The fact that jobless claims remained steady at a period when they generally decline shows that omicron has had no effect as of yet.

So, the average can continue to move in the bullish direction.

DJIA dropped 0.3% after trading in the green for the past six days. Still, the index is well above the 100-day moving average on the daily chart, and the MACD is currently pointing upwards.