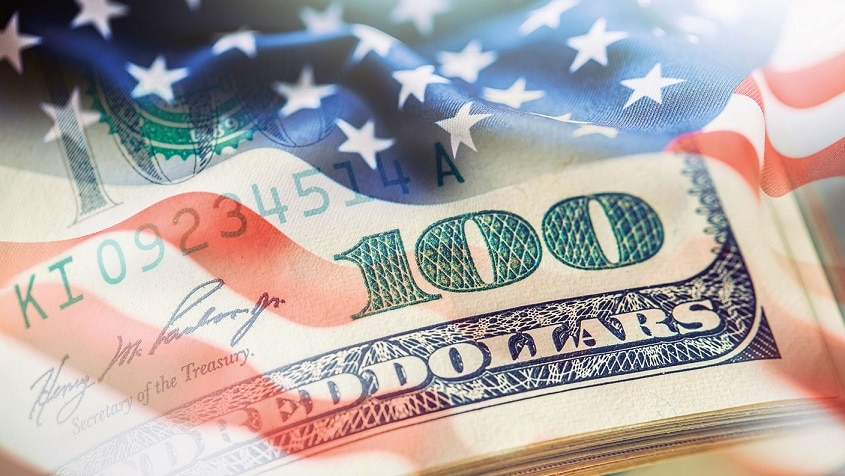 The US Dollar Index is hovering at 95.92, up 0.13 percent intraday during Friday’s European session, while US Treasury yields are hovering around 2.035 percent, near the peak point since July 2019.

The index swiftly jumped to multi-day peaks after US inflation rose at the greatest rate in 40 years in January, reaching 7.5 percent. In the same vein, core prices, which exclude energy and food expenses, increased by 6.0 percent in the previous year.

Further data from the US docket indicated that Initial Claims were also higher than expected, climbing 223K in the week ending February 5.

In March, the rise in US rates responded to the growing anticipation of a 50 basis point interest rate hike at the FOMC meeting.

In an interview with NBC News, US President Joe Biden reiterated the previous order from the US State Department to all Americans to leave Ukraine immediately.

In his interview, Biden maintained that he would never send US forces to Ukraine, even to rescue Americans in a Russian invasion. “That’s a world war.” “We’re in a very different world when Americans and Russians start shooting at each other,” he remarked.

Fears of a US-North Korean spat arose as the country refused to join the global drive to end the missile launches.

The geopolitical and Fed-related concerns, together with ECB President Christine Lagarde’s rejection of a rate rise, add to the US dollar’s strength.

On the calendar front, today we have Flash Consumer Sentiment.

Higher-than-expected US inflation numbers fueled the greenback, propelling DXY back into the 96.00 range. However, the amount and longevity of the dollar’s gain remain visible. Much of the current heightened inflation story has already been priced in by market players.

In the long run, while the positive outlook for the greenback looks to be in place for the time being, recent hawkish statements from the BoE and the ECB have the potential to undercut the dollar’s predicted to rise higher in the coming months.

During the early European session, DXY is looking to stay above the 95.90-mark. So far, the index has risen 0.13%. The index is now trading above the 95.92 level. The index is slightly above its 100-day MA on the daily chart, and the RSI is neutral.