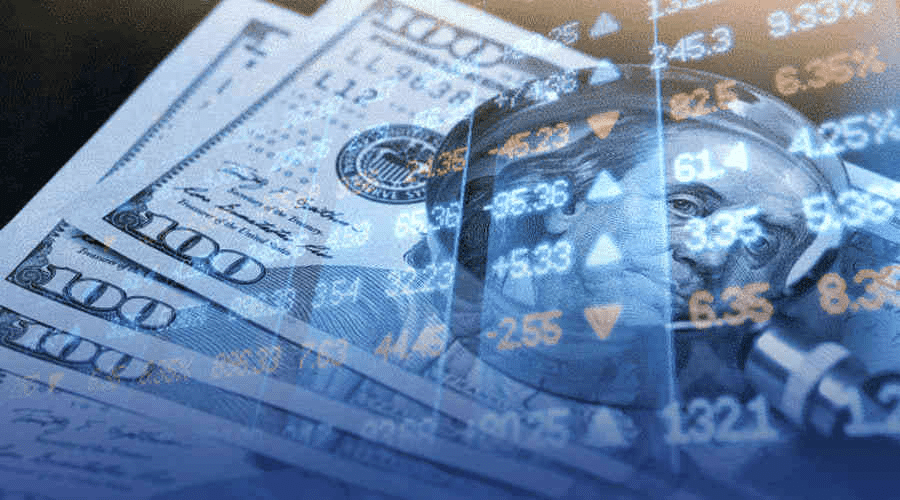 On Friday, the dollar index started the day in red and slid to a two-month low after the US inflation hit a record low.

The dollar was on track for its worst weekly drop in more than a year, as traders halt long positions and concluded that three rate rises in the US are already fully priced in this year.

Selling has driven the greenback through crucial support versus EUR and JPY in particular, and traders appear satisfied to decrease their bets until a clearer trend emerges.

As a result, DXY is down around 1.14 percent for the week, on track for its worst weekly percentage drop since December 2020, and poised to end a six-month run.

Down goes US treasury yields

The small drop in the annual Producer Price Index (PPI) on Thursday made it harder for the dollar to find demand, as the benchmark 10-year US Treasury bond yield fell roughly 2%, adding to the currency’s weight.

The dollar’s slump has occurred as interest rate futures in the United States have all but guaranteed four rises this year. On the other hand, Longer-term rates have decreased modestly due to hawkish statements from Federal Reserve officials.

The House and Senate decided to extend the debt ceiling, averting a first-time default by the United States as the clock runs out on the government’s capacity to pay its obligations.

The decision to extend the debt ceiling comes only one day before the United States may no longer be able to pay its creditors.

Treasury Secretary Janet Yellen stated that the Treasury was confident to pay payments through December 15. Still, there are scenarios in which the government might be unable to pay some debts after that date.

The index loses its hold and falls to new 2-month lows in the area of 94.60, despite good performance in the risk complex and higher yields.

Fed officials continue to point to a faster-than-expected rate hike, persistently rising inflation, higher yields, and the US economy’s excellent performance on the plus side for the dollar.

DXY technical analysis: bears not out of the woods yet

DXY is slightly above the 100-day moving average on the daily chart, and the MACD is currently pointing upwards.