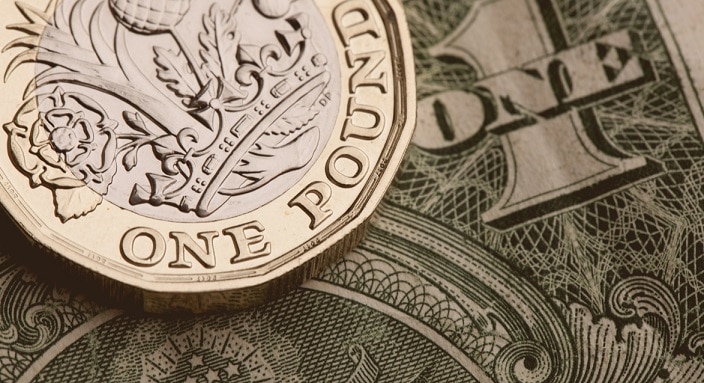 At the start of the London session, GBP/USD is clinging to the 1.3000 level. The greenback buying interest can put pressure on the Cable.

The ILO Unemployment Rate fell to 3.8% in the three months to February from 3.9% in January, according to figures released by the UK’s Office for National Statistics (ONS) on Tuesday. This result was somewhat higher than the market’s forecast of 3.9%.

The British pound came under some selling pressure due to the initial market response.

So far this week, the dollar has managed to recapture and push farther north of the critical 100-barrier. So far, the greenback’s market behavior has been determined by the Fed’s likelihood of tightening its rate path and geopolitics.

Furthermore, the present rising inflation story, higher US rates, and the solid performance of the US economy all support the case for a stronger currency.

Johnson, who appeared beside V. Zelenskiy in a taped broadcast clip, said the west would continue to “ratchet up” sanctions on Russia while praising the Ukrainian resistance’s bravery.

Also, on Tuesday, V. Zelenskyy delivered a video speech to the Lithuanian parliament, calling on the European Union to penalize all Russian banks and oil imports in the next round.

Key data releases from the UK

From the UK, we don’t have anything today. However, tomorrow’s core inflation can bring fresh impetus for the Cable.

The market’s attention will be drawn to the latest US consumer inflation data, released later in the early North American session.

The US inflation statistics for March will be scrutinized for new impetus. A higher-than-expected CPI figure might help the dollar maintain its momentum while weighing on GBP/USD.

Furthermore, fears that the Ukraine conflict and China’s new Covid-19 limitations would stifle the global economy should support the safe-haven greenback and cap the GBP/USD pair.

GBP/USD technical analysis: clinging to 1.3000, but for how long?