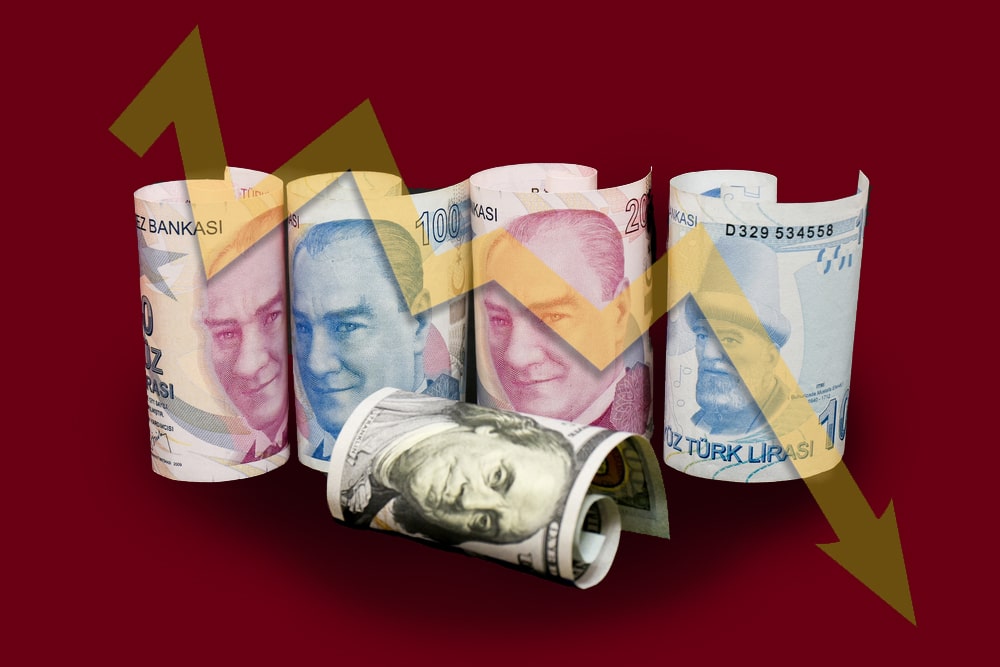 Turkey’s currency tanked to trade at a record low against the US dollar on Thursday as the nation’s central bank cut interest rates again, despite higher inflation.

The bank is anticipated to further lower rates on Thursday after the Turkish President again demanded reduced interest rates.