US GDP Expands Slightly More than Anticipated in the Second Quarter 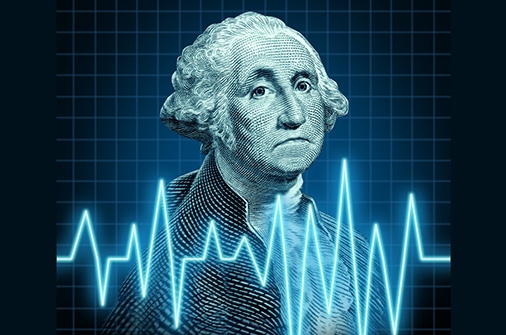 The US economy grew at a 6.7% annual rate from April through June, as the Commerce Department upgraded its estimate of last quarter’s growth in COVID-19 resurges.

Source: US Department of Commerce

The Commerce Department’s estimate of growth in the second quarter was increased from its previous estimate of 6.6% annual rate that will likely indicate a high point for the economy’s expansion this year.

The US gross domestic product — its total output of goods and services — expanded from a 6.3% annual rate in the first three months of 2021.

A key factor that contributed to the upgraded growth estimates for the April-June quarter was a higher level of consumer spending that accounts for nearly 70% of US economic activity.

Consumer spending expanded at a 12% annual rate, the fastest expansion since an increase in the third quarter last year when the economy started to reopen.

Stronger export sales also contributed to improved growth estimates for the second quarter. Exports rose at an annual pace of 7.6% after falling in Q1. Business equipment investments were also up by 12.3%.