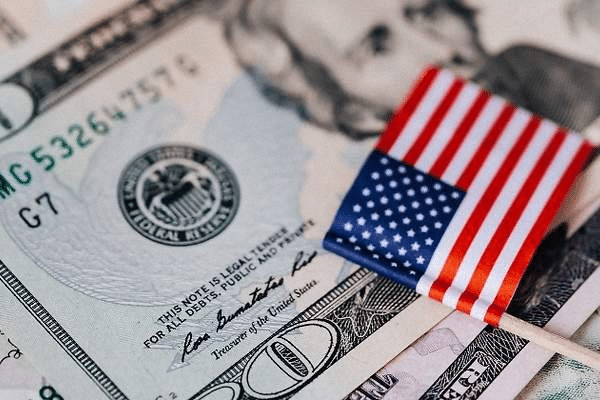 On Friday, September 17, DXY was trading near a three-week high because of stronger US economic data.

On Friday, the dollar maintained around three-week highs versus a basket of major currencies as a slew of positive economic data from the United States reignited hopes of a policy tightening by the Federal Reserve.

Despite predictions of a 0.8 percent drop, retail sales in the United States unexpectedly climbed in August, gaining 0.7 percent from the previous month.

After a low consumer inflation reading and softer job growth statistics earlier this month, the results served to calm concerns about the US economy, reviving prospects for an early Fed reduction.

On stronger US data the previous day, the greenback gauge applauded the growth prospects of the US Federal Reserve (Fed) tapering announcement at the following week’s Federal Open Market Committee (FOMC) meeting.

According to a separate report, initial applications for state unemployment benefits in the United States climbed by 20,000 to a seasonally adjusted 332,000 for the week ending September 11.

The risk-off mentality favored the DXY bulls, as did reports that the US, UK, and Australia are indirectly confronting China with a securities accord and the US hosting the UK, India, Australia, and Japan for diplomatic talks next week.

Furthermore, the Sino-American spats, most notably over Taiwan, combine with hurricanes threatening oil companies in the Gulf of Mexico to exacerbate the risk-off mentality and boost demand for the US dollar as a safe-haven asset.

According to the latest news, the United States and Australia have issued a joint statement expressing their worry about South China Sea claims and their willingness to enhance ties with Taiwan.

The optimistic sentiment of the DXY will be put to the test later today when the University of Michigan’s consumer confidence index is released. Last month, the index startled many investors by plummeting to a decade-low due to lower-income increases and greater inflation.

Given the recent rise in global tensions, the DXY may continue to be on the offensive.

However, with a light schedule elsewhere, cautious mood ahead of the US Michigan Consumer Sentiment Index for September, which is projected to be 72.2 vs. 70.3 before, may test the bulls.

DXY is well above the 100-day moving average on the daily chart, and the RSI is currently trading above its neutral level.

The next upward target for the index lies around 93.18. If it crosses this level, it may go towards the next resistance at 93.27.