Ethereum London Hard Fork: Everything You Should Know 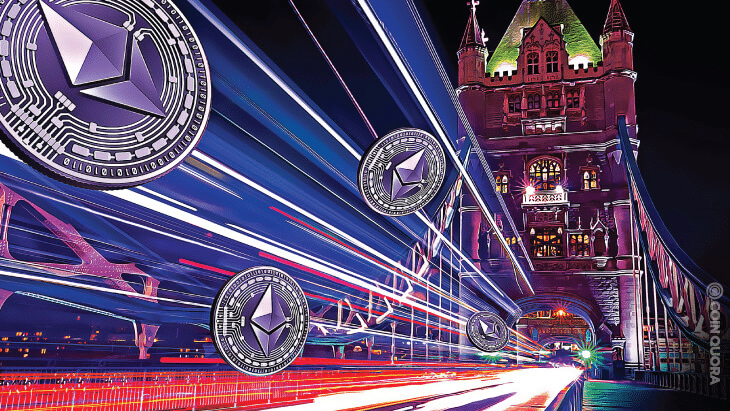 Ethereum is one of the popular cryptocurrencies that showed a major revamp during the London Fork. In this update, the Ethereum network sees some significant changes in the blockchain that crypto traders should know.

Ethereum is the world’s second-largest cryptocurrency network with an 18% market dominance. Moreover, the recent addition of non-fungible tokens made their market complex. However, primary ETH users are mostly DeFi that runs through the Ethereum blockchain. Therefore, its London update had a significant impact on crypto users, miners, and traders. Among the major changes, one thing that can attract people’s attention is the transaction fee.

What other developments happen in the London fork?

Let’s uncover everything about the London Hard Fork that you should know. Moreover, it will show something specific.

What is the London hard fork update?

The latest ETH fork is not related to London but an improved protocol for the Ethereum blockchain known as EIP-1559. The fork is a process to make a permanent and immutable rectification on every network in the chain. Calling it the London Hard Fork, the crypto community uses a city name with every update.

The hard fork is a backward-compatible update for a blockchain system, in which miners have to buy this update in their mining software to be able to continue using the platform. Before a hard fork takes place, a blind auction is carried out in which a logical fee is set for each contract in the network. However, this problem should be resolved after the last ETH hard fork, as the process automatically determines the transaction fee. Depending on the supply and demand base.

The Ethereum developers always focus on implementing new upgrades over time, but the recent London Hard for a breakthrough in the system. The ETH hardware consists of five improvement proposals (EIPs), and the most important of them is EIP 1559.

The system used a process named an auction for each block in the earlier London update. In this process, miners bid with the “first-price auction.” In this process, users can’t get a clear idea about the gas fee or transaction fee. Moreover, if some users want to emphasize or quicken the transaction, they must pay an additional fee to boost the process.

However, the most significant change in the London upgrade came with the EIP-1559 that doubled the block size. Theoretically, every block can process two transactions at a time. Therefore the upgrade was designed so that the protocol remains half full. As a result, it would spike in demand making the commission fee more stable.

After the upgrade, the ETH system will burn a portion of the Ether from the network. Earlier, it would recycle and come back to circulation.

However, some crypto enthusiasts believe that the EIP-1550 would start deflating the Ethereum network as the supply shortage would increase the price. On the other hand, it would be a massive opportunity for traders to gain from the price appreciation.

In that case, miners will make less money as the gas fees are reduced. On the other hand, burning some of the fees would shift to miners, pushing them through two revenue streams. Anyways, miners also can sell their instruments and earn a reward from the newly minted ETH.

People are giving extra attention to the EIP 1559, but other developments, including EIP-3554, cannot be underestimated. The change in the code opened the path to the Ethereum 2.0 upgrade, the most recent hard fork that is still in the process for the last few years.

Ethereum 2.0 will switch to the energy-intensive “proof-of-work” system, in which miners do not have to solve complicated math to create a new coin. This change is the breakthrough for the ETH blockchain that could bring about a revolutionary change in the cryptocurrency market.

What are the advantages for investors?

Investors are the biggest winners of the long-term upgrade. Ethereum is one of the fastest-growing cryptocurrencies globally, and there are many reasons to believe that it will overtake Bitcoin. Therefore, when the cost of the blockchain goes down, many miners and traders will join this network. This would lead to higher demand and ultimately increase the price of the token.

According to some analysts, Bitcoin is now the world’s number one cryptocurrency, and ETH is second. Although Ethereum has some additional benefits, its value is not close to Bitcoin yet. Therefore, many analysts believe there is a massive gap in the price difference, which is not logical. However, the crypto market is new compared to the established forex, stock, or commodities market, and it may require some more time to get the market stable. In that sense, the London update would play a vital role in Ethereum’s development.

Although Ethereum showed higher growth in 2021, its value is still much lower than Bitcoin. Therefore, it is logical to expect the price to reach near Bitcoin’s price.

The Ethereum London upgrade changed the ETH network considerably, including miners’ earnings and price appreciation. As a result, investors who buy this cryptocurrency have a higher chance of getting more benefits than before. Moreover, it is the only cryptocurrency that can compete with Bitcoin, where many analysts think that the gap between the BTC and ETH price is illogical.

Lastly, the perfection in the mining fees after the London upgrade would make Ethereum more stable and user-friendly to trades. The fees with a reduction in supply will make the environment more friendly for traders.

Besides the London upgrade, the Ethereum 2.0 will be another breakthrough for the ETH blockchain, and many crypto investors believe that its price will surpass Bitcoin in the coming days.