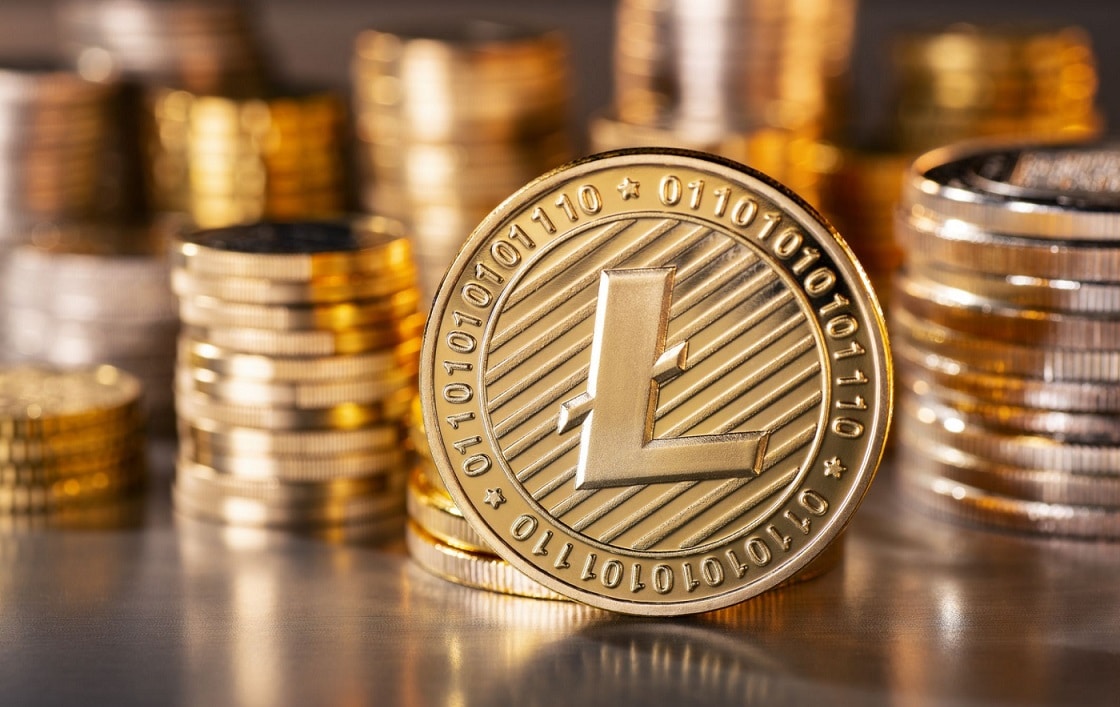 Litecoin, with a native cryptocurrency, LTC, was designed to provide secure, fast, and low-cost payments by leveraging the unique properties of blockchain technology. Litecoin is based on Bitcoin’s open-source codebase with few technological changes. In 2011, it was created as a fork of Bitcoin. It is also known as Bitcoin’s younger sibling or Silver Bitcoin.

The platform is suitable for small transactions and point-of-sale payments because the block time is only 2.5 minutes and the transaction costs are very low.

Charlie Lee, a former Google employee, created Litecoin as a “lite version of Bitcoin.” Most of the features of Litecoin are similar to those of BTC. As the native token of the blockchain, you can use LTC to transfer funds between accounts and buy things and services.

Let’s look at this project to determine if it’s worth your time.

What is the Litecoin coin? LTC explained

Litecoin uses a proof-of-work mechanism, which means the cryptocurrency is mineable. It is one of the oldest blockchains as it was started as a fork of Bitcoin in 2011. The coin was created as an alternative to Bitcoin, which had severe scalability issues.

Litecoin did not aim to change the fundamental logic behind Bitcoin, as it is nearly identical to the leading cryptocurrency, BTC. However, the main difference lies in the transaction confirmation time and the lower cost. Depending on the market conditions, the cost is about as much as 50 times lower.

In late 2020, Litecoin released a new testnet named MimbleWimble, intended to provide security enhancements around the privacy of the transactions on the blockchain. This upgrade is called the most significant upgrade to the Litecoin network ever.

This upgrade is part of the Litecoin Core 0.21.2 release. The upgrade promises to provide fungibility for all while improving scalability. It will be an opt-in feature, which will make Litecoin a cash-like cryptocurrency in the whole market. The core release also includes the latest Taproot upgrade, which enhances the security and privacy features.

There are about 84,000,000 LTC coins in total and in circulation. The supply is 69,790,394 LTC coins. Today, LTC was ranked #21 with a live market cap of $7,175,212,143. Of the total 84 million tokens, about 69 million LTC tokens have already been mined. The Litecoin Foundation has estimated that by 2140, Litecoin will reach its full dilution. It is because the number of LTC mined per block reduces every four years. It is done as part of the block reward halving schedule.

How does it work?

Litecoin is considered a strong and secure cryptocurrency because the network has incredibly strong cryptographic defenses, which makes it impossible to crack. The use of the PoW mechanism ensures that transactions are confirmed error-free and quickly.

Litecoin (LTC) coin: is it a good investment?

Litecoin is more accessible to people than Bitcoin, so it is known as a silver of the crypto world where Bitcoin is considered the gold of the crypto world. Over the years, Litecoin has had multiple partnerships that improved the utility of its digital currency and expanded the network. Notable collaborations include NordVPN, the Miami Dolphins, and the UFC Octagon. Another vital partnership made with Litecoin was with Cred, a prominent crypto lending and borrowing platform. This collaboration enabled the users to free their holdings using LTC as collateral. Furthermore, Venmo, the second most famous US financial app, also launched Litecoin on its platform, which added to the price of LTC.

As the number of total blockchain users is continuously increasing, the network naturally needs to get as much market share as possible. Litecoin is going through a process of considerable change through its MimbleWimble upgrade. The new protocol is on its way to hitting Litecoin with significant changes in privacy and security. It will enable highly privatized transactions by making the wallet address untraceable. It will make the currency fungible.

The upgrade is in the final rounds of review before it goes live. Once it goes live, it will undoubtedly push LTC prices higher, making the coin a good investment for 2022.

What will the Litecoin coin be worth in 2022?

The technical outlook for 2022 isn’t very optimistic as the LTC might drop a little further until the $45 level before taking a bullish reversal. By the end of 2022, the LTC/USD price could reach a high of $151.

Litecoin is currently trading at $99, meaning the coin entered this year on a bearish note. The coin dropped further during the first month and reached as low as $96,200. Next month, February was somewhat more accessible as the coin recovered a few of its previous losses. However, it was still facing heavy pressure. This month has also started on a bearish note, and the coin has been continuously on a downward momentum for the previous three weeks.

The coin may remain on the back foot for a further few weeks. However, as we have discussed earlier, a new upgrade is possible to launch this year, which means the LTC coin has massive potential for growth. If the coin gains hype during Q1 of 2022, it might reach as high as $250 in a bullish run.

However, if the coin experiences anything like the withdrawal of LitPay collaboration this year, or the controversies surrounding PoW consensus, it could further the bearish trend. The coin might drop to the $40 level by the end of the year.

How to buy a Litecoin?

If you’re wondering where to buy Litecoin, the top crypto exchanges for trading are Houbi Global, Binance, Coinbase Pro, OKEx, and Kraken.

Create an account with a crypto exchange. Whatever option you choose, the first step is to sign up for Binance or any other platform that trades Litecoin.

Purchase BTC to exchange it for Litecoin.

Use the exchange to convert BTC into Litecoin.