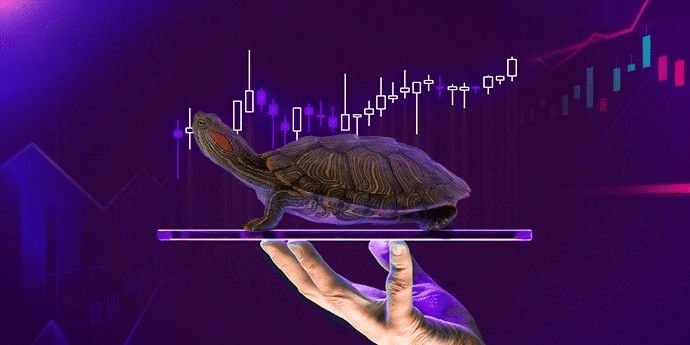 Have you heard about the turtle trading system? Richard Dennis developed this system to test a hypothesis. Apart from proving this hypothesis, the experiment led to the understanding that mechanical trading systems work. That is, trading is a skill that anyone can learn. However, traders must follow strict rules to succeed.

As a holistic trading system, turtle dealing covers every aspect of trading. As a mechanical trading system, it does not allow a digression from established rules. This is what we are going to dissect in this article. We will look at each element of the system, learn from it, and see how it relates to currency trading.

Your first decision as a trader is which markets you would like to trade. Trading too few markets could mean missing out on trading opportunities. You might not want to trade choppy markets. Therefore, you have to define which markets and what types of the market to engage.

The turtles traded all liquid futures markets being traded in the Chicago and New York exchanges. The only exceptions are grains and meats. In currency trading, market selection is an essential part of your trading plan.

Depending on your strategy, you may consider the 28 major pairs, major US dollar pairs, yen pairs, etc. It all depends on you. However, whatever markets you decide to trade-in, you must write them down in your trade plan.

In currency trading, this means setting the lot size of the trade based on the pip value of the market being traded. Keep in mind that the pip value is a factor of the:

Usually, we allocate the same portion of the account balance (say, one percent) to each trade. If we trade multiple pairs, we try to maintain the dollar amount across all pairs by normalizing the lot size based on the average range per pair.

Consider the above graphic. It compares the daily ATR of USD/CAD and EUR/GBP. Most of the time, the ATR of USD/CAD is more significant than EUR/GBP. That is 77.4 pips versus 41.7 pips in the above visual. When trading, we might use, for example, a lot size of 0.01 for USD/CAD and 0.02 for EUR/GBP, but we keep the risk amount the same in both pairs.

The turtle trading system employs two related entry methods based on the Donchian channel indicator. Learning about the simplicity of the entry rules might surprise you as a trader. Dennis provided the turtles with two breakout systems called system one and system two. It is up to the trader to allocate his grubstake to each system. He may allot 50% to each system or use a different ratio.

Below are the two systems used, while the above visual shows how they look on the chart.

In turtle trading parlance, a breakout is when the price touches either the high or low channel of the Donchian indicator. Based on the rules, turtles will take an instant buy or sell when this scenario transpires. By instant, we mean not waiting for the breakout candle to close first before executing the trade.

The turtles always used stops. However, they are not the stops we typically know. We may call them virtual stops because turtles kept them on their notes.

The stops are not actual prices associated with open trades, so brokers were not aware of them. This was logical in their case because turtles carried significant positions. When the stop loss was “hit”, turtles would exit the trade without hesitation every time.

Turtle traders trade with a risk of two percent per trade cycle. Since the strategy requires adding positions, the turtles must raise the stop of the previous trade when they add a new trade. For the first trade, the stop loss is set at two times the ATR. When they open another deal, they move the stop of the previous trade to 1.5 times the ATR. Note that the stop adjustment is warranted because turtles add trades when the market moves in favor of the last trade.

The above daily GBP/USD chart shows an example of a trade entry using the turtle trading system.

When to exit the trade when it is winning is critical to the profitability of any system. A system must have this element fully defined. In turtle trading, taking profit too early is a sin. The original exit strategy for each system is as follows:

Turtles do not scale out of positions for the purpose of locking in profits. They constantly seek greater reward over risk, which means, for example, accepting a loss if the trade does not reach the target of two times the risk, though the trade managed to get a target equal to the risk.

As a result, the win rate of the system is low. However, these losses are offset by the number of wins that come from time to time. This happened when the turtles managed to pick a trending market just when it starts and ride it to the end.

This article shows that the turtle trading system is entirely mechanical. The trader needs to follow the trade plan to the letter and not stray at any point. This is why the turtles were successful, built a fortune, and became famous in the trading community. Therefore, the key to success in trading is developing a plan. No more, no less.