The Power of Currency Strength in Trading 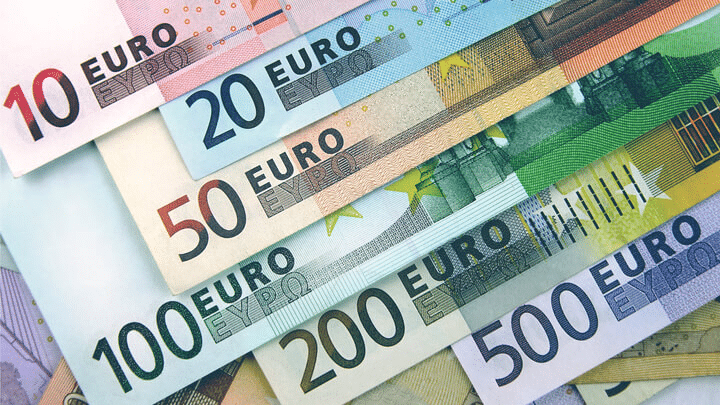 One of the challenges you might have faced when you started trading is market selection. There are just too many currency pairs to choose from. The major pairs count to 28 already, and there are even minor and exotic pairs.

Where should you start as a newbie trader?

The best way to approach currency trading is to understand the rhythm of the whole forex market. Otherwise, as many traders did initially, you will feel lost as to why currency pairs behave the way they do. While this sounds rather farfetched, the concept is quite simple, as you will learn later.

It would help if you learned currency strength to understand the market movement. With this analysis, you will typically think in terms of the eight major currencies in the world:

You will come to realize that currency pairs move according to the relative strength of the individual currencies. Instead of looking at the 28 major pairs, you will focus on the eight currencies and select which pairs to trade based on strong or weak ones.

What does a currency strength indicator calculate?

There are many ways to compute currency strength. Market technicians utilize different methods in calculating the currency strength. Some indicators use moving averages, while others employ price action, such as identifying if the previous candle has closed positively or negatively.

Because of the various ways of obtaining currency strength data, you can say one method is better. Not all of them work. Only a small number of currency meters is worth your time. Do your research and find one that can genuinely aid your trading.

How to use currency meters in trading?

You can use a currency meter as a standalone entry and exit strategy in FX. Of course, combining it with other tools will help improve the quality of your entries and reduce trading losses. Be aware that currency meters can provide various trading signals on their own, such as the following:

The slope of the line

The slope of the line talks so much about the instantaneous strength of a currency. When the slope is steep, it means the currency is strong. To use this concept in trading, find two currencies with steep slopes and move in opposite directions. Then trade the combination.

Distance from the balance line

When two lines intersect and start to part ways, that is already a tradable signal. Meanwhile, when two lines are in opposite extremes and then begin to move closer to each other toward the zero lines, that is another trading signal with a high degree of success.

Of course, a crossover of two lines is a primary entry signal. You can take any crossover that occurs at any location in the indicator window. However, the best crossovers happen near or at the balance line.

The success of this entry will depend on how the two currencies behave after the crossover. If one or both currencies build momentum after that, you will have a successful trade. In case the currencies lose momentum and cross the other way, then your trade will fail.

How to trade currency meters?

One of the most popular currency meters in the market available for free is the cluster indicator. This indicator provides information as to the relative strengths of the eight major currencies. The strength of each currency is represented as a line of a specific color in a sub-window mainly below the main chart.

If you are a stranger to currency meters or if you have encountered the cluster indicator for the first time, trying to make sense of it can be not easy, much less use it in actual trading. To reduce the learning curve, here are tips that would help you. You might not find these ideas elsewhere on the internet.

Below is the table showing the currencies that tend to go together (left column). The right column makes up the combination that you should avoid trading.

While currencies tend to exhibit this behavior, the combination of currencies may change from time to time. Consider the hourly chart below. This is a screenshot taken on 9 July 2021. As you can see, the combination shown in the above table is not absolute, but it is a reasonable estimate.

You might have had an impression that some currency pairs do not move as much as other pairs. Alternatively, you might have observed that GBP/CAD tends to range more than to trend most of the time. Even if you scroll back in time in GBP/CAD daily chart, you will notice this ranging tendency of the pair.

The cluster indicator can explain this phenomenon quite definitively. Algorithmic traders using grid and martingale strategies often run their expert advisors on GBP/CAD. They believe it would give them enough retracements to close a trade basket in profit.

If you use TradingView to find trade entries, there are plenty of currency strength indicators available to you when you click the Indicators menu and type something like “currency strength”. When you do this, you will get 50 different indicators. However, this list does not contain the indicator shown in the above image.

To find that indicator, type “8 pair strength” in the search box and then choose the “8 pair strength R2.0” indicator created by JustUncleL. This indicator is similar to the version available in MQL5.com for use in the MetaTrader4 platform.

Currency strength analysis is one factor you can add to your trading to improve your hit rate. Learning about this concept can add another dimension to your trading. It will make you see the overall FX rather than the individual pairs. This knowledge is crucial if you intend to make it big in currency trading.